‘Strap in fellow Hammers, it’s going to be a bumpy one’: West Ham fans react to nightmare start as club face six of the top eight in opening fixtures… and David Moyes is already the favourite to be the first manager sacked!

By Kathryn Batte For Mailonline

Any excitement West Ham fans had about the release of the 2020-2021 Premier League fixtures soon vanished when they saw their schedule for September and October.

The Hammers host Newcastle on the opening day but things soon start to get tough with games against Arsenal, Wolves, Leicester, Tottenham, Manchester City and Liverpool to follow. 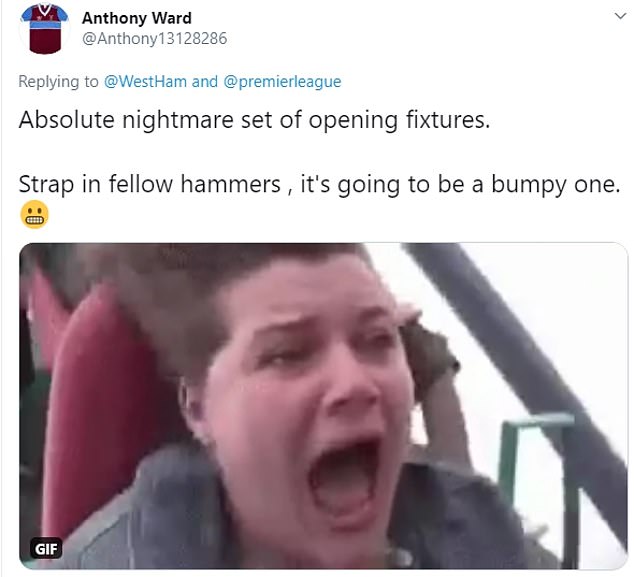 But the Scot is already the bookies’ favourite to be the first Premier League manager sacked, with Newcastle’s Steve Bruce their second choice.

The latest odds from Betfair have Moyes at 11/2 to be the first boss axed while Bruce is 7/1 Crystal Palace manager Roy Hodgson is 9/1.

Fans have reacted to the club’s nightmare set of fixtures on Twitter and few are filled with optimism. 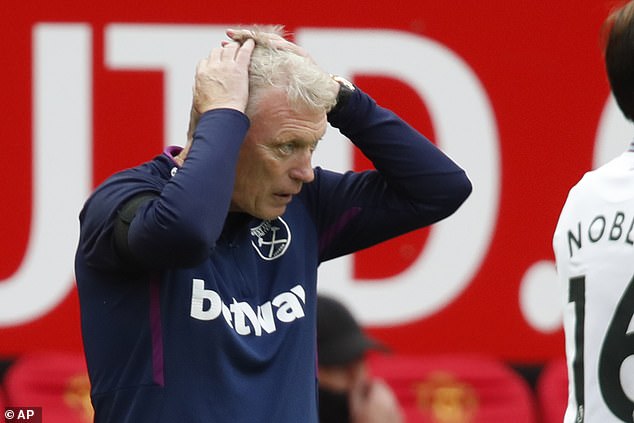 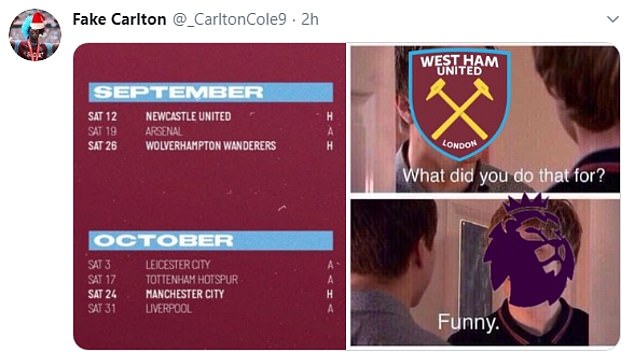 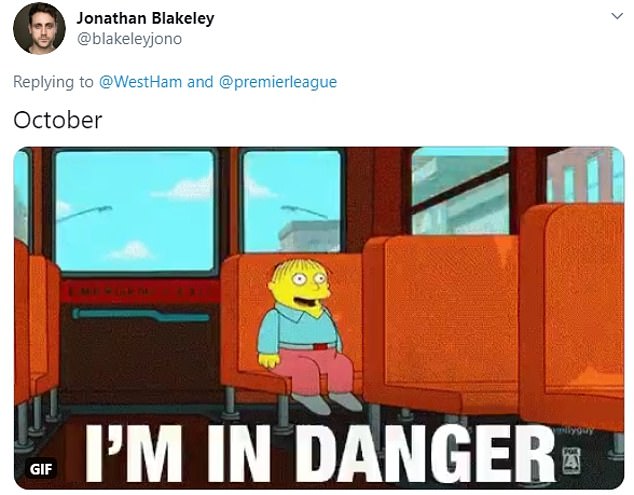 The Hammers face Tottenham, Manchester City and Liverpool in successive games in October

NEXT MANAGER TO BE SACKED ODDS

One supporter wrote: ‘Absolute nightmare set of opening fixtures. Strap in fellow hammers , it’s going to be a bumpy one.’

Others posted amusing gifs as fans predicted they could fall into trouble early on in the campaign.

November sees Moyes’ side travel to Fulham and Sheffield United before hosting Aston Villa at home. But things soon get tough again with games against Chelsea and Manchester United in December.

But things do get better as the fixtures progress and the Hammers look to have a favourable run-in at the other end of the season.

After hosting Chelsea at the end of April, the club’s final five fixtures come against sides who finished outside of the top-six.

The London club finish with Burnley (a), Everton (h), Brighton (a), West Brom (a) with the final game of the season at home to Southampton.

There is reason for fans to have some optimism despite the tough start.

West Ham did the double over Chelsea last season, beat Manchester United at home and picked up a point at Old Trafford – and they came agonisingly close to earning a draw at Anfield in January.

Fans will be hoping Michail Antonio starts the new campaign in the same form as he finished the last one. The striker scored eight goals in the final seven games of the season to help the club steer clear of the bottom three. 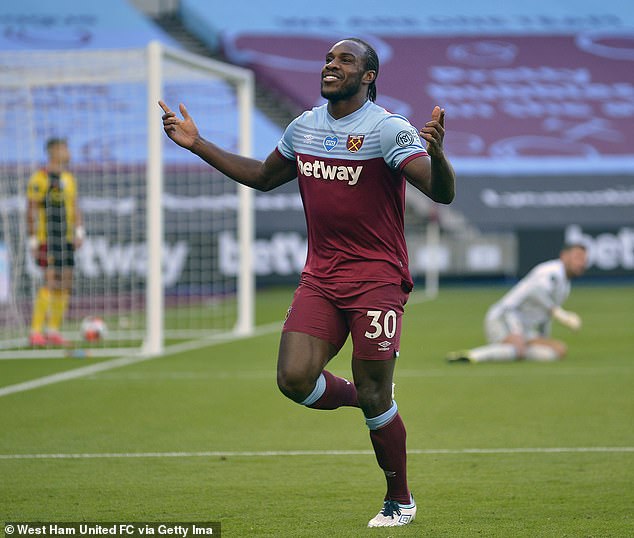