Transgender patients say they feel ‘forced’ to transition using hormones bought from the dark web because NHS waiting times are so long.

Some patients spend as long as three years on a waiting list before they finally see a specialist at a gender identity clinic, a BBC investigation has found.

And, desperate to start transitioning to the opposite sex, patients admit they are turning to unregulated sources to find testosterone and oestrogen pills.

They may be putting their health at serious risk with the DIY approach by taking untested drugs from unknown, unregulated sources often outside the UK.

But one said she felt like she had to choose between taking a gamble on the medications or killing herself.

NHS England, which has a target waiting time of 18 weeks for a first appointment, said demand for gender identity services is rising and there are not enough suitably qualified doctors.

Transgender patients wait up to three years to get an appointment at a gender identity clinic after referral (Belfast). A Freedom of Information request by the Victoria Derbyshire programme shows patients in Nottinghamshire wait a maximum of two years and nine months (145 weeks). NHS Highland’s gender identity clinic, in Scotland, has the shortest maximum wait of 32 weeks. Some countries have target times – NHS England’s is 18 weeks

An investigation by the BBC’s Victoria Derbyshire programme showed the differences in wait times across the UK.

The longest wait from referral to a gender identity clinic was in Belfast, where patients waited a maximum of three years (166 weeks), treble the target time of one year (52 weeks).

Second worst was Nottinghamshire, where waits stretched up to two years and nine months (145 weeks) just for an appointment.

This was followed by Northumberland, where people could face up to two years and five months (127 weeks). The NHS in England has a target time of 18 weeks.

In Wales, where there is no waiting time target, patients may have to wait up to two years (104 weeks).

The NHS Highland gender identity clinic, in Scotland, has the shortest maximum wait of 32 weeks. 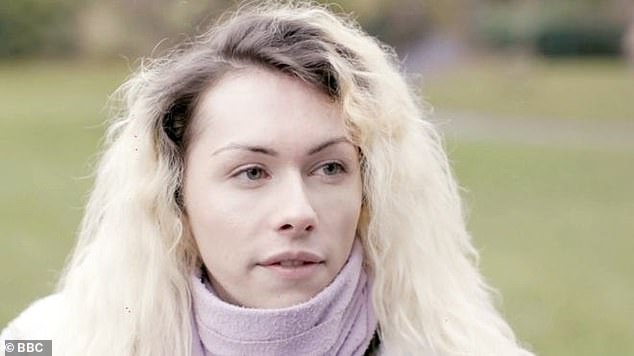 Kara said she was ‘absolutely petrified’ of the effects the unregulated pills could have on her, but that she felt ‘forced’ to buy them because she has been waiting to see a specialist for two years

Britain’s first gender identity clinic, at the Tavistock and Portman NHS trust in London, did not provide waiting time data but the BBC reported a suggestion that waits may be as long as two years.

A law student who only gave her first name, Kara, told the BBC’s Victoria Derbyshire programme she began buying hormones online last summer to transition from male to female.

She has been waiting to see a specialist at an NHS gender identity clinic, to ask to be prescribed the tablets on the NHS, for two years. It is not clear where she lives.

But she said she was ‘absolutely petrified’ of the effects the unregulated pills could have on her.

‘I don’t know anything about the tablets [that I buy] specifically, if they are what they say they are,’ she said. ‘So it’s kind of a guessing game with your life.

‘I was so low before, it basically felt like a choice between suicide or self-medicating, because I couldn’t deal with the thought of further masculisation.’

When his GP referred him, he had been told he would face a two-and-a-half year wait for an appointment, so he took matters into his own hands until then. 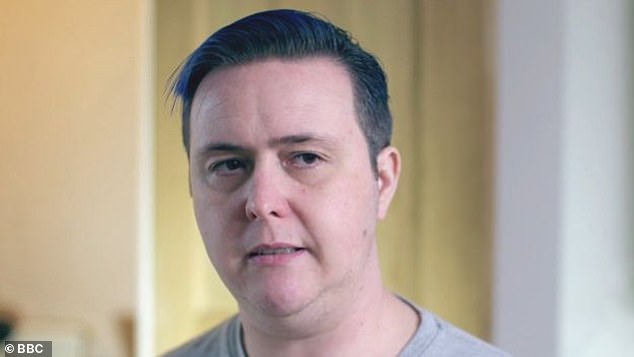 ‘I suspect a few of the doses were effectively nothing,’ he said.

‘For example, I didn’t actually start growing any facial hair at all until I moved onto prescribed testosterone.’

Lucas claimed he knows of at least one person who has taken their own life due to the ‘distressing and dehumanising’ wait to be seen.

More than 13,500 transgender and non-binary adults are on waiting lists for NHS in England, previous BBC research has found.

And this growing demand is pushing more to venture into the dark world of unregulated medicines.

NHS psychologists are ‘over-diagnosing’ children with gender dysphoria over fears staff will be branded transphobic if they don’t, it has emerged.

Ex-clinicians fear scores of youngsters could unnecessarily be being put on puberty-blocking drugs that warp their hormones every year.

The concerns were raised by six psychologists in December 2019 who have resigned from London’s children’s gender-identity service in the past three years.

They all claimed they were under such immense pressure they could not properly assess patients, in what they fear may be a ‘medical scandal’.

One of them has admitted that looking back, they may not have given hormone-warping drugs to all of the children they diagnosed with gender dysphoria.

One psychologist, who wished to remain anonymous, told Sky News: ‘Our fears are that young people are being over-diagnosed and then over-medicalised.

‘We are extremely concerned about the consequences for young people… For those of us who previously worked in the service, we fear that we have had front row seats to a medical scandal.’

People with gender dysphoria experience discomfort or distress because there’s a mismatch between their biological sex and identity.

Almost half of children treated at the GIDS are prescribed hormone-blockers that halt puberty.

It is a fully reversible form of treatment because puberty will resume when the patient stops taking the drugs.

This gives children the time to consider whether they truly want to make the transition to the opposite sex.

But the drugs interfere with natural hormone production and can cause mood swings.

Thirty-five psychologists have resigned from London’s Gender Identity Development Service (GIDS) at the Tavistock and Portman NHS Foundation Trust since 2016.

Data shows the number of children treated at the service has exploded by more than thirty times in the space of a decade.

Many of the websites selling the hormones are not based in the UK – meaning they may be produced away from Britain’s strict regulations – and demand payment by Bitcoin or bank transfer.

It is illegal to sell testosterone drugs, but it is not illegal to buy or possess them for personal use.

And many patients may turn to oestrogen hormones which are intended for menopausal women in order to get their dose.

There are huge health risks of taking hormones without doctor supervision, experts stress.

Those who take oestrogen could experience a pulmonary embolism, whereby a blood clot travels to the lungs and blocks an artery.

Liver damage could also occur if patients are not being monitored.

They may also feel disheartened if the drugs do not give the desired effect, because they are actually fake.

The Royal College of General Practitioners, which represents GPs, raised concerns about the consequences of rapidly increasing referrals in 2019.

It reported gender identity clinics in England have seen a 240 per cent overall increase in referrals over five years.

In a statement, the RCGP said: ‘There is an urgent need to increase the capacity of gender identity specialists and clinics and expand the understanding of gender variance issues across the entire health system.’

It is understood that wait times are part due to a lack of medical professionals wanting to specialise in trans healthcare. A new Royal College of Physicians pathway had been established for this reason.

NHS England told the BBC in a statement: ‘As more people feel able to seek support and treatment, the demand for gender identity services has greatly increased.

‘In recent years we’ve increased investment to respond to the rising demand, with staff working hard to support patients to get the right care as quickly as possible.

‘From the spring a new service will be piloted in London that will increase capacity in gender identity services.’

A spokesman for the Scottish government, of which NHS Health Scotland is a branch, said long waiting times for patients were ‘unacceptable’.

He said: ‘Gender identity clinics are a very specialised resource, and while people are waiting to be assessed they still have access to a full range of community mental health and well-being services appropriate to their situation and needs.’

NHS Wales and Belfast NHS Trust have not yet responded to requests for comment.

Help your immune system to pack a punch

Bizarre ‘asteroid’ with a TAIL of gas spotted orbiting the Sun...

Scientists say it is ‘completely baloney’ that you can read people’s...