‘Why do you think I’m stood in the Kop?’: Jamie Carragher jokes he has to AVOID Jurgen Klopp at Anfield after the Liverpool boss hit back at him for criticising his decision not to sign a defender in the summer

By Tom Farmery For Mailonline

Jamie Carragher has joked that he has to avoid Jurgen Klopp at Anfield following his comments about Liverpool‘s decision not to bolster the defence in the summer.

The former Liverpool defender also said the club should be doing everything possible to bring in RB Leipzig’s Dayot Upamecano when the transfer window reopens on January 1. 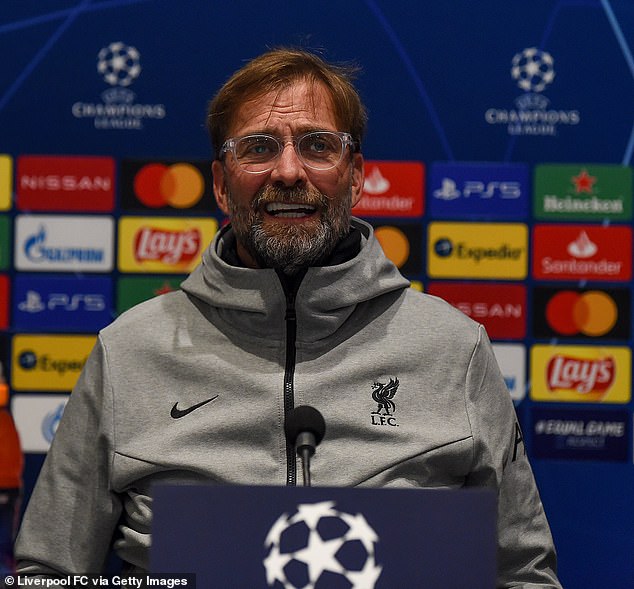 Klopp, who is now also without Fabinho after the stand-in centre back went off injured in the 2-0 Champions League win over Midtjylland, had hit back last week by saying: ‘It’s hard to have four world-class centre-halves.

‘If anyone wants to tell us we made a mistake, I think Carragher mentioned already. There are a few reasons why they don’t do this job.’

Following Tuesday night’s win at Anfield, Carragher was asked if he had made up with Klopp.

He told CBS Sports: ‘Well, he’s just on my right shoulder [as Carragher is stood on the sidelines of the Anfield pitch]. 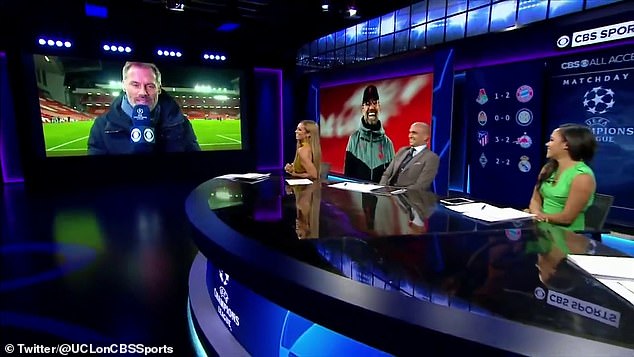 With Fabinho out injured, Klopp has only one fully fit centre back in Joe Gomez and he is expected to line-up alongside youngster Rhys Williams with there still being some doubts over Joel Matip’s fitness.

Carragher was jokingly asked whether he might be called up by Klopp to which the former defender cheekily replied: ‘Well, the way it’s looking, I mean it could be half a chance.

‘At this moment, there is no-one on TV who talks a better game than me.’

Barcelona to decide Philippe Coutinho’s future ‘in a meeting after Man...