Gary Player was able to maintain bragging rights after joining Jack Nicklaus in getting the 83rd Masters under way on Thursday.

Player and Nicklaus continued their role as honorary starters by each hitting a tee shot on the opening hole, with 83-year-old Player producing the longest – and most accurate – drive by around 30 yards from 79-year-old Nicklaus.

With the formalities out of the way, American Andrew Landry got the tournament proper under way, with compatriot Adam Long and Canada‘s Corey Conners making up the first group. 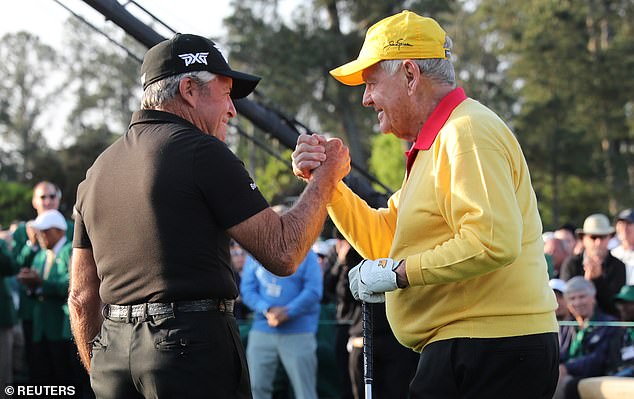 Conners came through a play-off to qualify for last week’s Valero Texas Open and went on to win his first PGA Tour title in San Antonio to claim the final place in the 87-man field at Augusta National.

Former world No 1 Tiger Woods was due out at 1104 local time (1604 BST) alongside China’s Li Haotong and Spain’s Jon Rahm, with Rory McIlroy in the following group 11 minutes later with last year’s runner-up Rickie Fowler and Australian Cameron Smith.

McIlroy needs to win the Masters to complete the career grand slam while Woods – who is one of five members of golf’s most elite club – is seeking a first major since the 2008 US Open. 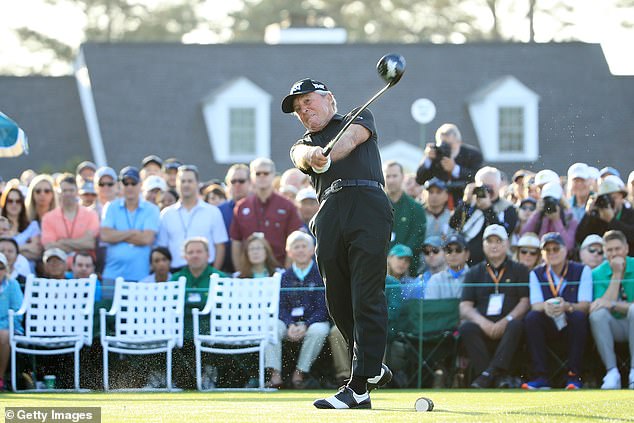 Player, 83, produced a longer and more accurate drive by around 30 yards from Nicklaus, 79

Patrick Reed gets his title defence under way at 1031 local time (1531 BST) in the company of Webb Simpson and US Amateur champion Viktor Hovland, but 2015 winner Jordan Spieth will have to wait until the final tee time of 1400 local time (1900 BST) to get his campaign started.

Spieth, who has finished no worse than 11th in his five starts in the Masters, will play alongside England’s Paul Casey and three-time major winner Brooks Koepka, who missed out last year due to a wrist injury.

Former Stobart boss dumps his 5% stake in the firm

Abidal is lucky to escape after being the latest man to...