By Will Griffee For Mailonline

A female Tottenham supporter has alleged that she was punched in the face by a Manchester City fan.

Laura Oakley tweeted a picture of the man she claims struck her at the Etihad and wrote: ‘So this is the teenage p**** who punched me in the face at the game today.

‘Sorry your A level results went badly but this week may get worse as you have been reported.’

There was reportedly widespread unrest at the conclusion of City’s controversial 2-2 draw against Spurs on Saturday.

Another fan tweeted: ‘Disgusted with the Manchester City fans today outside the Etihad.

‘They drew a game at home 2-2 with a VAR decision and this led a LOT of fans to hit, punch and spit on the Tottenham fans. Not enough police to deal with the situation.’ 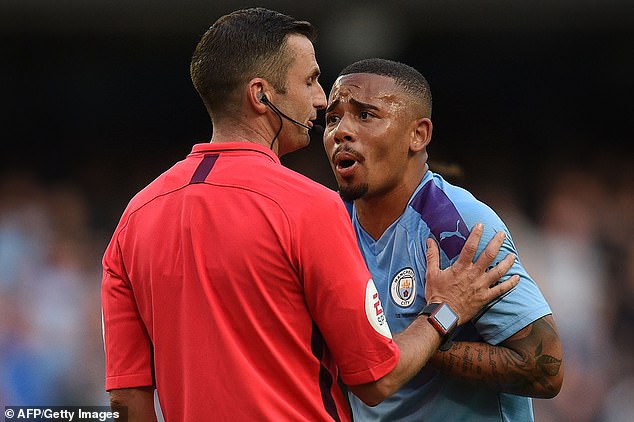 The shocking reports followed a thrilling game and final few minutes that sparked debate across the country.

Pep Guardiola’s side thought they’d snatched a stoppage-time winner through Gabriel Jesus and the home fans were sent into delirium by what they thought was a perfect end to the game.

But the video assistant referee had spotted an offence in the build-up, with Aymeric Laporte adjudged to have committed handball prior to the goal.

The Spurs fans celebrated the dramatic reversal as their agony transformed into ecstasy, while City supporters were left raging at a decision many felt was unfair.

App developed by Stanford and Apple walks first responders through the...

How to teach your iPhone’s Face ID to recognize you even...

Liverpool beat City to finish top… for being first on Match...

Joe Burrow should ‘pull an Eli Manning’ if the Bengals select...