Family hit with $40,000 air ambulance bill after their two-year-old son accidentally swallowed prescription pills and their local ER sent him to another hospital

A Virginia family was slapped with a $40,000 bill for an air ambulance after their two-year-old son accidentally swallowed prescription pills.

Joseph and Michelle Penrod, both teachers from Lynchburg, desperately called poison control when they found their youngest of four, Michael, with an empty bottle, saying he’d found some candy.

An operator told them to get to the emergency room as soon as possible.

Panicking, they rushed him to their local hospital, but staff said they weren’t the best place to handle his case, so he was airlifted to a different hospital.

They were relieved the issue was being taken seriously as their son was coaxed into stability, given blood tests, monitored overnight, and sent home the next day. 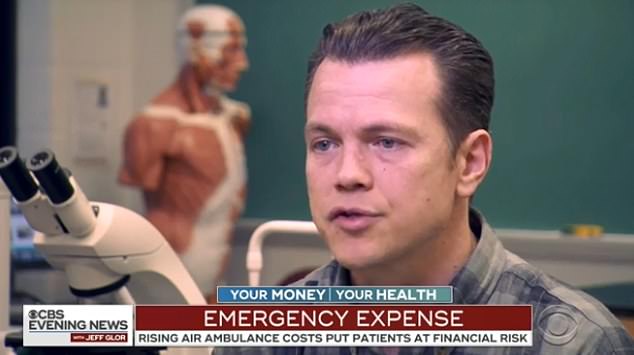 Joseph Penrod (pictured) is a biology teacher whose wife home-schools their four sons. They said they would have had to sell their house and more to cover the $40,000 bill 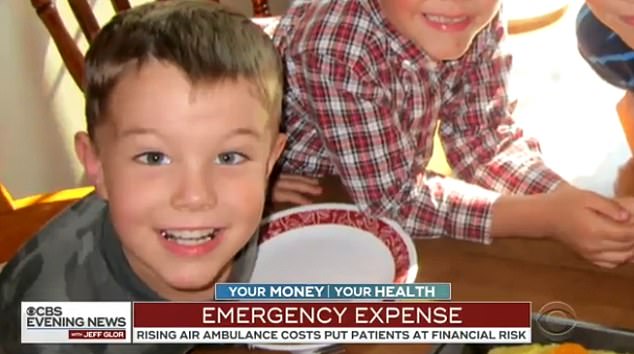 ‘I did not have $40,000 laying around. It would’ve destroyed us financially,’ Penrod, a biology professor, told CBS, sharing his story as lawmakers debate the eye-watering air ambulance costs that are routinely palmed off onto patients.

Joseph and Michelle, who home-schools their sons, had health insurance coverage through Anthem Blue Cross Blue Shield, which covered the costs of Michael’s care.

They would have had to sell their house to pay it all, and even that might not fully cover it.

After fighting the ordeal for more than a year, the Penrods finally reached an agreement, conceding to pay $1,000 for the service.

Even that was a huge stretch for them, and would be for most families. 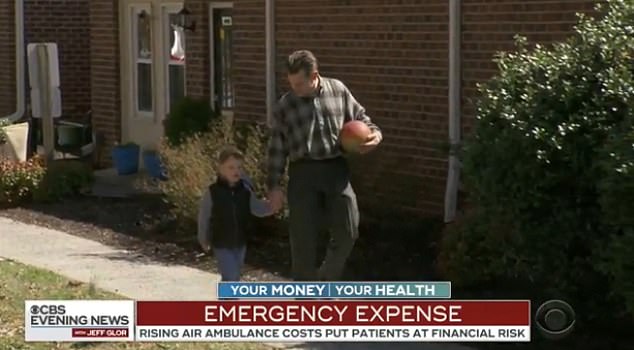 After fighting the ordeal for more than a year, the Penrods finally reached an agreement, conceding to pay $1,000 for the service

‘If you’re rich, you can get a lawyer and that’s great. If you’re, if you’re on the lower end of the spectrum, then you need to be able to fight for long enough to figure out how to escape,’ Penrod said.

Air ambulances are something of a lottery, with costs starting at around $2,000 and escalating to $50,000, depending on insurance coverage.

Often, the ambulance provider is out of network, as was the case for the Penrods – in which case the air ambulance company can bill the patient for the difference.

Lawmakers are mulling ways to ease the blow to patients.

In Virginia, a law was passed last month allowing families to refuse an air ambulance if they fear a hefty bill. Some say that still puts the onus on patients’ families in a time of panic.

More than 40% of all coronavirus patients may be asymptomatic, study finds

More than 70% of coronavirus patients who died in 40 Louisiana hospitals were black, study finds

Tyra Banks admits past ‘America’s Next Top Model’ clip where she...

Women who suffer the tragedy of stillbirth are four times more...

GP practice is to prescribe pot PLANTS instead of pills for...

Coronavirus hijacks cells to turn our immune system against us