By Chris Stocks For Mail On Sunday

Perhaps lost amid a chaotic and an ultimately rare good day for England on this tour was the contribution of young off-spinner Dominic Bess.

Shorn of more experienced slow bowlers in the form of Jack Leach (not fit), Moeen Ali (not available for selection) and Adil Rashid (not fit enough for Test cricket), Bess was handed a third Test cap here.

The 22-year-old wasn’t even in the original tour party and was only called up when a sickness bug swept through the England camp in the run-up to the opening Test at Centurion.

To say Bess was surprised to find himself playing for England again, after two appearances against Pakistan in the home summer of 2018, is probably a huge understatement.

However, he let nobody down, bowling 27 overs at just 2.29 apiece and taking the key wicket of South Africa opener Dean Elgar on 88 to get England back into the match.

The breakthrough from Bess opened the door for his team, with South Africa closing on 215 for eight — a deficit of 54 — and England on top heading into day three.

What was most impressive about Bess’s performance was that he did the job captain Joe Root asked of him perfectly. 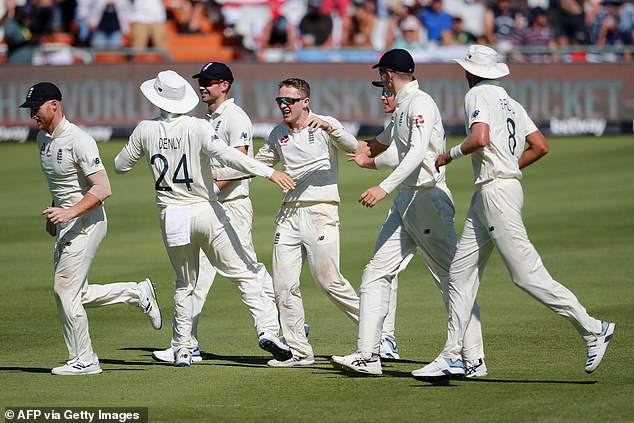 With the Kelvin Grove End not offering anywhere near as much assistance for seam as the Wynberg End, which offered a crack offering variable bounce, Bess had the task of keeping things tight and cranking up the pressure on South Africa’s batsmen.

It worked well when Elgar, a team-mate of Bess during his second spell at Somerset in the summer of 2017, went aerial and was caught by Root in the deep.

Elgar admitted that shot was a ‘massive brain fart’ but was effusive in his praise of Bess.

‘He bowled very well,’ said Elgar. ‘I played with him at Somerset and even then a couple of years ago he was a good bowler. I now think playing a lot of domestic cricket he has got a lot of confidence.

‘He’s playing for England so he can’t be that bad. He differed his pace quite nicely which is good to see and knowing him as a person and a character he’s one of those who is always willing to learn. That’s what I picked up off him when I was at Somerset.’ 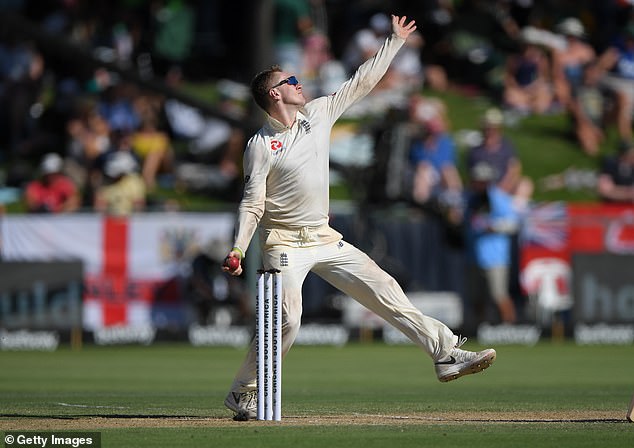 Bess probably finds himself lower down the pecking order at his county than he does for England, behind both Leach and Roelof van der Merwe at Taunton.

Yet in a winter where England will somehow have to find three spinners for their trip to Sri Lanka in March, Bess may have just made that selection easier.

With Leach — not yet match fit here after recent health issues that included that bug at Centurion — undoubtedly England’s No 1 spinner, Bess could find himself teaming up with his Somerset team-mate during the two Tests at Galle and Colombo.

If England can somehow persuade Moeen to come out of his self-imposed international exile by then, they may even have a spin attack capable of repeating the series triumph they enjoyed in Sri Lanka last winter.

For now, though, Bess can look back on a job well done on the second day of this Test.

Given the dry pitch and the fact South Africa are batting last, this could even end up being his match to win on days four and five.

Former Stobart boss dumps his 5% stake in the firm