Declan Rice meets up with John Terry after posing with Didier Drogba while on holiday… so will Frank Lampard be the next Chelsea legend he chats with as the Blues push for a £65m move?

Declan Rice has spoken with Chelsea legend John Terry amid rumours that the Blues are interested in signing the West Ham star this summer.

The 21-year-old has been linked with a £65million move to Stamford Bridge this year as Blues boss Frank Lampard looks to boost his defensive options ahead of the 2020-21 Premier League campaign.

Rice , who is close friends with Chelsea midfielder Mason Mount, was photographed with Blues legend Didier Drogba earlier this week while on holiday. 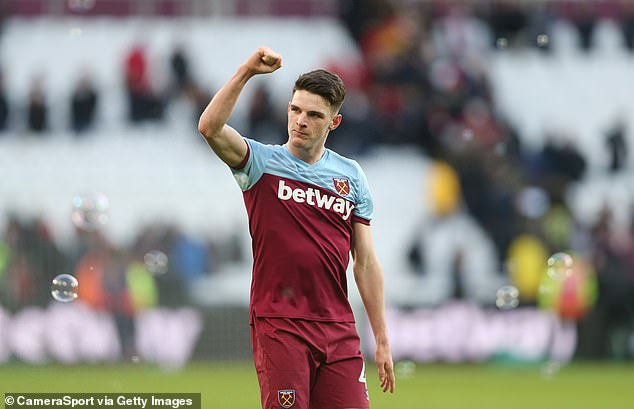 And his latest meeting with ex-captain Terry shows an growing trend of Chelsea meet-ups for the English midfielder, who can also play in defence.

Terry, who is now an assistant manager at Aston Villa, captioned the post: ‘What a CB partnership this would have been.  I’m playing LCB though…Good to catch up mate, Unbelievable player who will continue to get better and better.’

Rice’s arrival at Chelsea would see him follow in the footsteps of fellow England international Terry, who spent his entire career on the west London club’s books and made nearly 500 league appearances for the Blues. 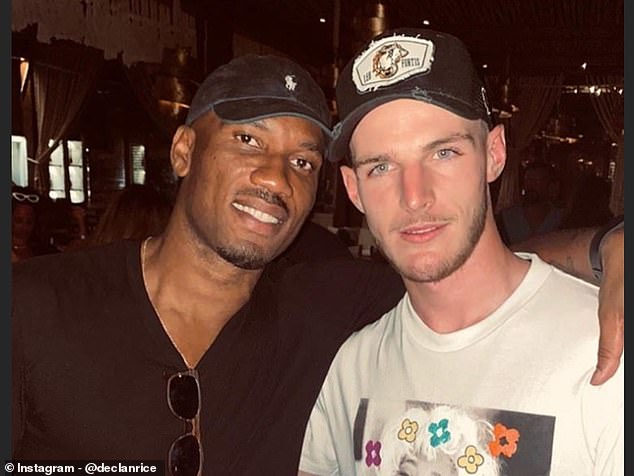 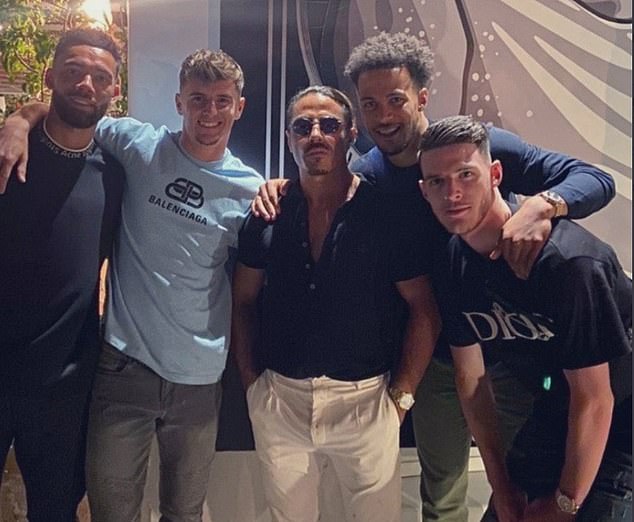 Though the West Ham man’s meeting with Drogba is set to be more concerning for Hammers fans as close friend Mount and Chelsea trio Fikayo Tomori, Tammy Abraham and Christian Pulisic were in the same Salt Bae restaurant as the ex-Chelsea striker in Mykonos.

The Chelsea players joined Rice and Salt Bae for a photograph at the restaurant, intensifying rumours that the Hammers man is set to move across London this summer.

It is claimed that Drogba played a key role in bringing legendary winger Eden Hazard to the west London club in 2012 and the Ivorian striker could be lending a hand to his former employers once again. 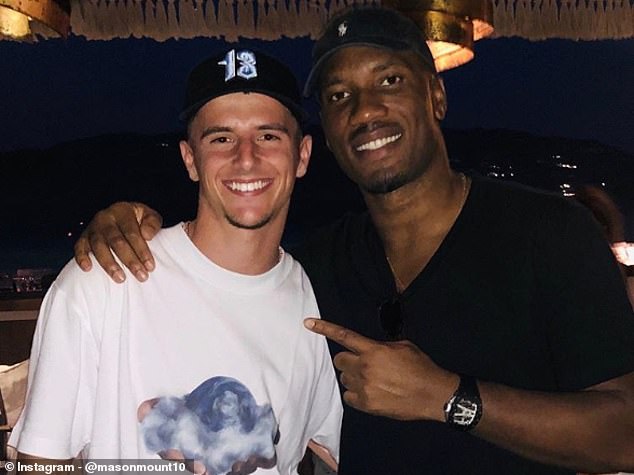 However, West Ham boss David Moyes revealed that there have been no approaches from Chelsea or anything other club for the 21-year-old, with the Scottish coach hoping the situation doesn’t change during the transfer window.

Moyes told the Evening Standard: ‘At the moment there have been no offers for Declan and we don’t want any. There’s always interest but we don’t want to encourage it.’

Chelsea will need to get a deal done for Rice by October 5, which is the final day of the 2020-21 summer transfer window. The new league season begins on September 12.

How a Premier League fixture will be staged under Project Restart