A 26-year-old woman with cystic fibrosis is traveling the world to prove that she is much stronger than she thought possible.

Chelsea Spruance, from St Thomas in the US Virgin Islands, has been battling the genetic disease that damages the lungs since she was an infant.

At just 12 years old, she asked her parents and doctors what her life expectancy was.

When they avoided answering, she searched on her own and found that the average life expectancy of those with cystic fibrosis was only 26 years old.

Fearing she had lived half her life already, Spruance vowed to make her life as fulfilling as possible by traveling the world.

She has visited several countries throughout Europe and Central America and says that she wants to be a role model for others with cystic fibrosis to show that the disease doesn’t mean that you have to be stuck indoors.

Chelsea Spruance, 26, from St Thomas in the US Virgin Islands, was diagnosed with cystic fibrosis at four months old. Pictured: Spruance breathing through an apparatus to supply oxygen and clear her airways 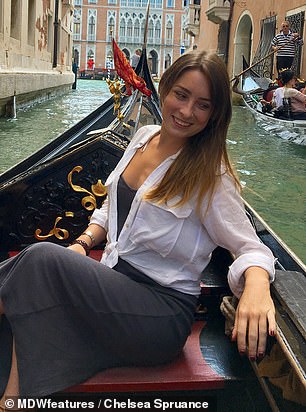 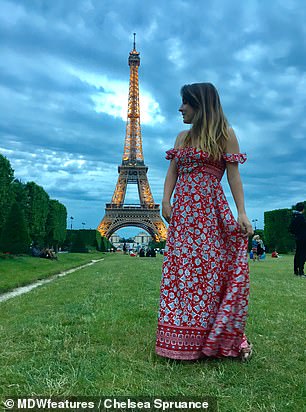 Cystic fibrosis sufferers have a defective gene that causes a build-up of mucus in the airways and makes it increasingly difficult to breathe over time. At 12 years old, Spruance asked her parents and doctors what her life expectancy was. Pictured: Spruance in Venice, left, and in Paris, right

Spruance says no ultrasounds or scans detected anything was wrong with her when her mother was pregnant and that she was born healthy.

However, within a few weeks it was apparent that something was wrong. Spruance was constantly fussy and unable to keep food down.

‘By four months old, I was still at my birth weight and the doctor told my parents that something was very wrong, he just didn’t know what,’ she said.

‘Finally, a sweat test was done, and it was discovered I had cystic fibrosis, much to everyone’s surprise.’

Sufferers have a defective gene that causes a build-up of mucus in the airways and makes it increasingly difficult to breathe over time.

Bacteria can become trapped, which can cause the lungs to become damaged or infected, and in some cases send the sufferer into respiratory failure, according to the Cystic Fibrosis Foundation.

The Cystic Fibrosis Foundation estimates that more than 30,000 people have the condition in the US and that 1,000 new cases are diagnosed every year. 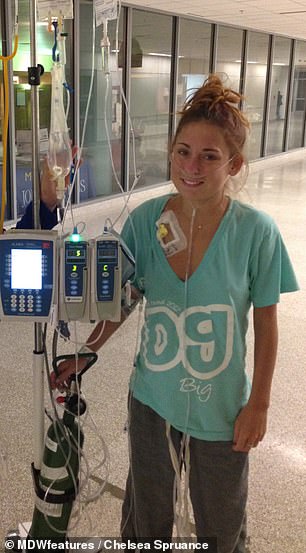 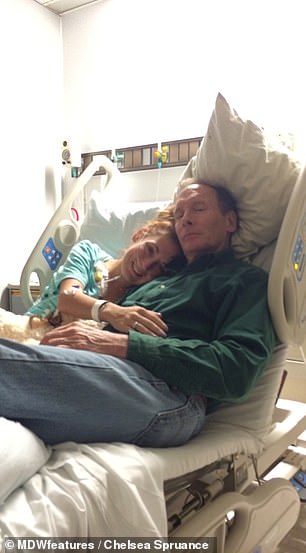 After no one answered life expectancy questions, Spruance searched on her own and found that the average age of death was 26. After taking a family vacation to Mexico at 17 years old, she decided she wanted to travel the world. Pictured: Spruance in the hospital, left, and with her father, right 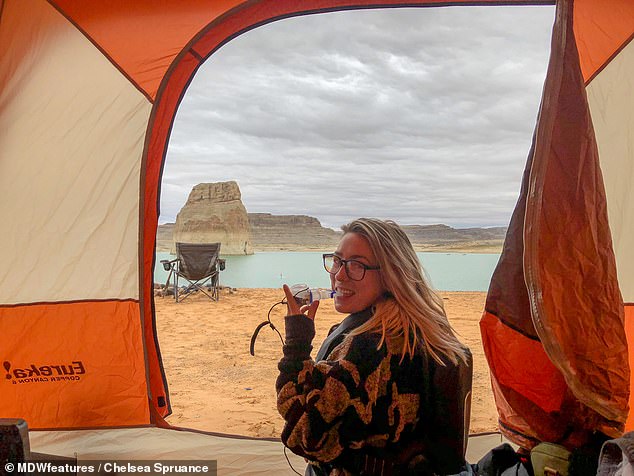 Spruance has since traveled throughout the US and to several countries in Europe and Central America. Pictured: Spruance camping at a site at Lake Powell in Utah

The median age of survival is currently 33.4 years, with half of patients living into their fifties or sixties.

‘When I was 12, I had a looming question that no one would answer, that was: “What is my life expectancy?”‘ Spruance said.

‘My doctors and parents avoided answering this question, so I Googled the life expectancy and the results that came up crushed me.

‘To think that I had already lived half my life at 12 was overwhelming, and I had no one to prove to me otherwise.’

During a trip to Mexico when she was 17 years old, Spruance developed a love for travel as she was able to push beyond the restraints of her illness.

‘We were 22 hours off the coast of Baja, and I was in a cage with three great white sharks circling me,’ she said. ‘After that trip, my wanderlust mind truly began to flourish.’ 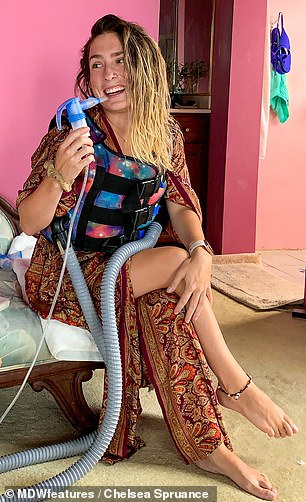 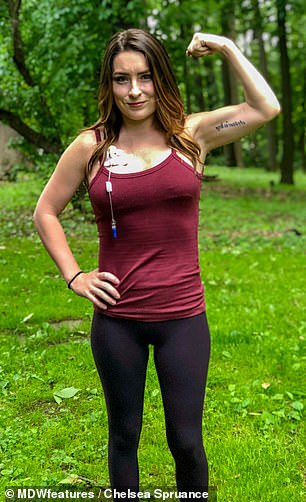 On each trip, Spruance (pictured, left and right) carries all of her medications and treatments with her. She said she wants to inspire other cystic fibrosis sufferers to show that they are stronger than they think they are 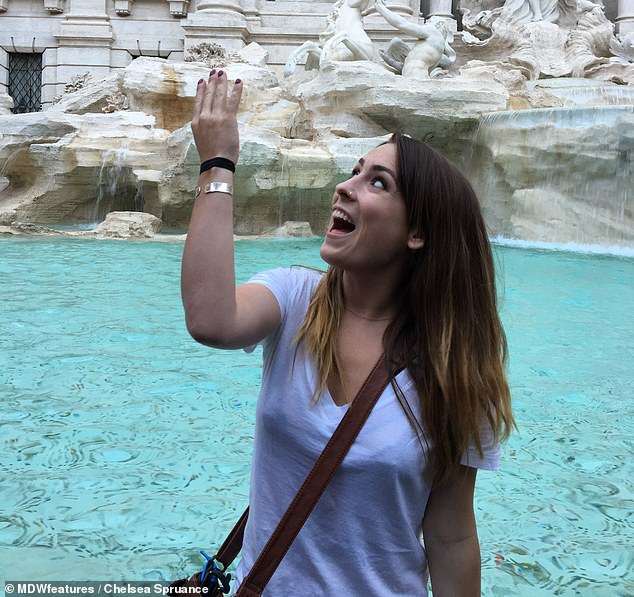 ‘Traveling is one way I can take a little something back from a disease that controls so much,’ Spruance (pictured, at the Trevi Fountain in Rome) said

She’s also traveled to Costa Rica, Guatemala, Honduras and Belize. Most recently, Spruance did a trip to the Southwest US, visiting Arizona, Colorado, New Mexico and Utah.

On each trip, she carries all of her medications and treatments with her.

‘It would be so easy to stay at home and let the thought of traveling with cystic fibrosis keep me there, but growth doesn’t come from staying in our comfort zones,’ Spruance said.

‘Cystic fibrosis takes away so much, including your peace of mind and potentially years off your life. Traveling is one way I can take a little something back from a disease that controls so much.’

Coronavirus UK: Pendle in Lancashire at risk of local lockdown

JFK, SF and LAX airports to screen for Chinese coronavirus