The race for one of football’s most lucrative prizes, promotion to the Premier League, is hotting up in the Championship.

Over the next two days, the picture will become more clear for those clubs battling at the top, with Norwich and Sheffield United leading the chase for that £160million windfall in the automatic promotion places.

With only six games left of the season, here is the lowdown on the runners and riders vying for a seat at the top table of English football.

Delia Smith is surely already planning a promotion banquet. The Canaries have almost managed to escape the coal mine that is the Championship and only a disastrous run of form would see them slide into the play-off places.

Daniel Farke’s side weren’t particularly fancied at the start of the season but have only been beaten six times.

With an eight-game winning streak behind them, likely to become nine against relegation-threatened Reading on Wednesday, it looks plain sailing from here.

Teemu Pukki has been banging them in this season and will fancy taking his tally of 26 up to the 30 mark by the end of this campaign.

This young, vibrant side are a surprise package, love a late goal and will be a welcome inclusion in the Premier League if they can finish the job. 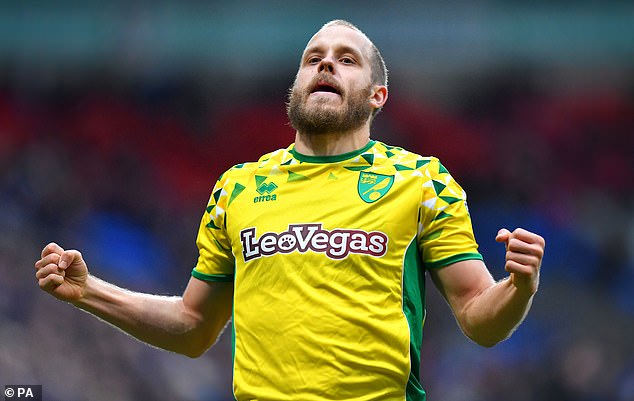 What an incredible job Chris Wilder has done to lead the Blades to an automatic promotion spot with six games remaining.

They only lead Leeds by a solitary point and this battle could come right down to the wire.

West Brom are seven points back so it looks like a straight duel between the two northern powerhouses for second unless Norwich unravel. 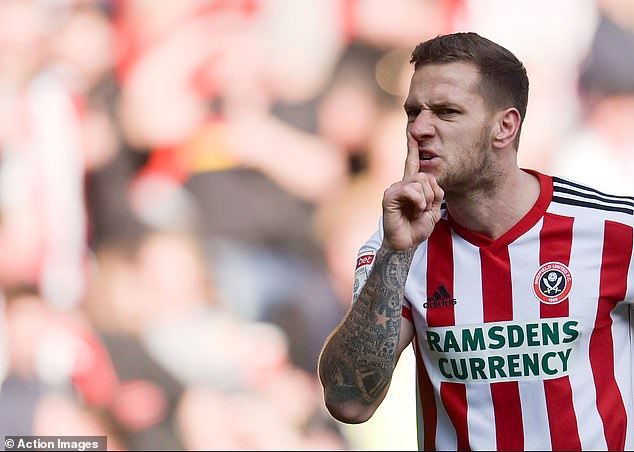 Where Norwich have Pukki carrying the goalscoring burden, Sheffield United have relied on the razor sharp instincts and predatory ability of 33-year-old Billy Sharp.

There’s life in the old dog yet and they’ll need him to be firing if Leeds mount a final assault.

On Wednesday night they head to St Andrew’s to take on Birmingham and the visitors have a terrible recent record there. The Blues have won their previous four league games against United at home, keeping a clean sheet in three of them.

With winnable games against Millwall and Ipswich to come, Wilder might just be quietly confident of delivering an unlikely promotion. 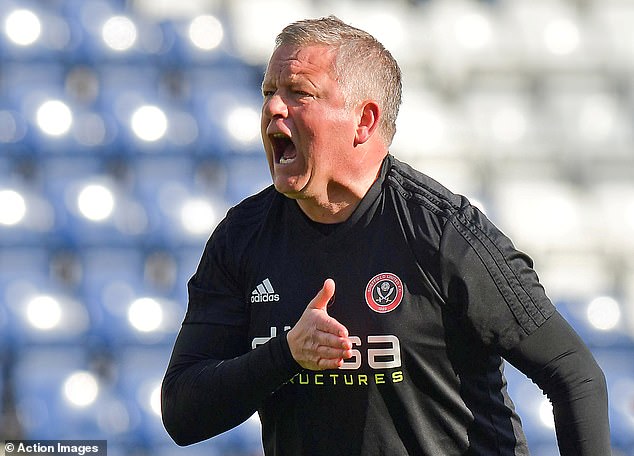 The 1-0 defeat by Birmingham on Saturday came at a terrible time for Marcelo Bielsa’s side.

They’ve played some quite scintillating football this season and most people seem to have a soft spot for the utterly mad but fascinating manager (with the exception of Frank Lampard).

How will the Argentine’s obsessive streak handle the nerves of a scrap with Sheffield United over six games?

As an impartial observer, it would be brilliant to see Leeds back in the Premier League but instability has become a permanent feature of life at Ellend Road.

Predictions in the Championship are a fool’s game, even more so where the Whites are concerned. They visit Preston on Tuesday night and can leapfrog Sheffield United with a win, seizing that mental initiative.

They wouldn’t mind if it came down to the last day of the season as lowly Ipswich lie in wait but home games against Sheffield Wednesday and Aston Villa before then are likely to be crucial. 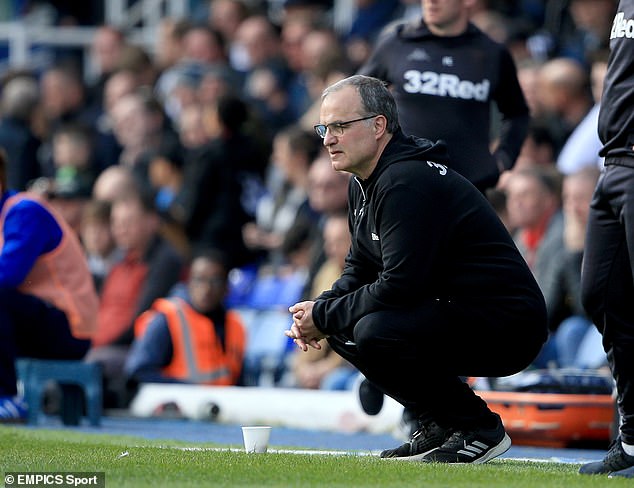 The Baggies could yet snatch automatic promotion but it would take a near faultless run-in with other results going their way.

Few would fancy facing West Brom in the play-offs and their squad is incredibly strong for the Championship.

Anything less than promotion would have to go down as a disappointment and Darren Moore paid the price for his side’s performance in relation to those lofty expectations. 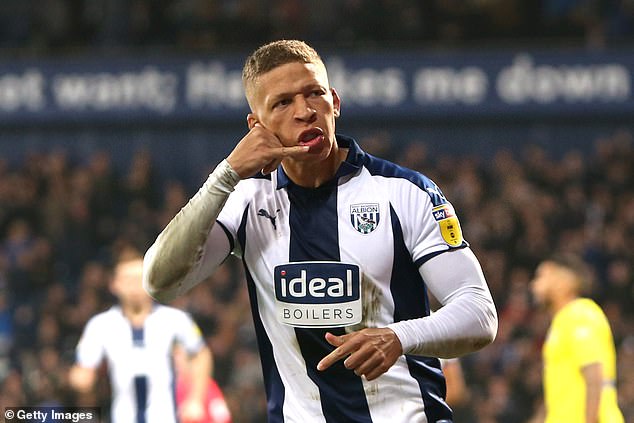 Caretaker boss James Shan suffered the first defeat of his temporary tenure against Millwall at the weekend and a tricky trip to Ashton Gate on Tuesday night awaits.

With a ten-point gap to Derby in seventh, it seems assured that the Baggies will have a shot at going up via the play-offs at the very least.

Winnable games against Reading and Rotherham combined with a few points from elsewhere should seal the deal.

Another club from the Second City with aspirations of Premier League football. It’s been a weird season for Villa, but they’re one of the Championship’s in-form teams at the moment.

Six wins on the trot for Dean Smith’s men have launched them into the thick of the play-off race.

This storied club is another sleeping giant and but a spot in the play-offs is far from assured. Villa are seven points adrift of West Brom and just three in front of Derby in seventh. 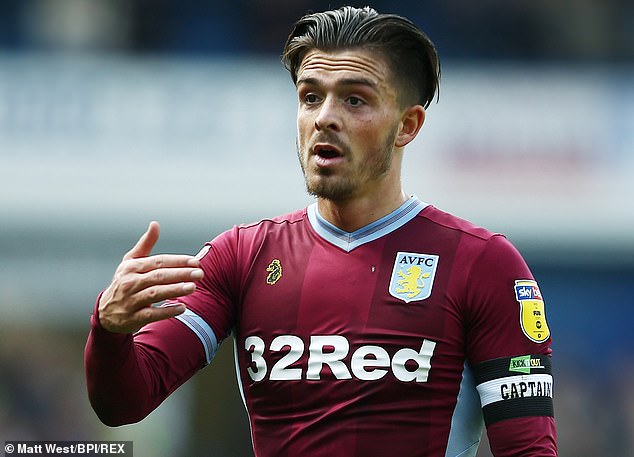 If they can keep up the momentum, starting with Rotherham on Wednesday night, it would be no surprise to see them at Wembley in May.

Villa fans will be eyeing up the last two games of the season with trepidation as they face Leeds away and Norwich at home, but the Canaries might already be on the beach.

Bristol City have that sweet, sweet game in hand against West Brom on Tuesday night.

No doubt Ashton Gate will be bouncing and with the backing of billionaire Steve Lansdown, the Robins may well become an established top flight side in the future.

They could usurp Villa in fifth with a win and distance themselves from the chasing pack.

But is this their year? Lee Johnson has plenty of admirers and the 37-year-old has invigorated the club but April 27 could be vital to their immediate ambitions.

They play Derby at home and a win could go a long way to sneaking into the play-offs. Saturday’s trip to Aston Villa will also be a huge game. 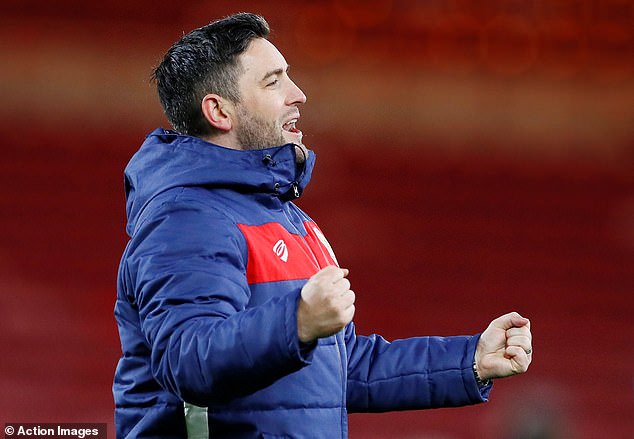 Frank Lampard’s Rams also have a game in hand and are the best placed side to break into the top six.

It has been a largely impressive first season for the Chelsea legend also the promise of the first half of the season slightly dwindled in 2019.

That said, nine points from their previous five games have Derby right in the end of season shake up. Next up it’s Blackburn and then Bolton so Lampard will fancy his chances of six points. 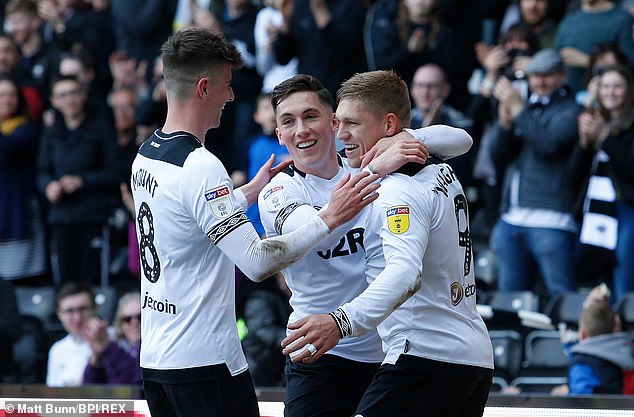 It’s not beyond the realms of possibility by any means that Middlesbrough can make the play-offs but at the moment it seems unlikely.

A dreadful run of six consecutive defeats has heaped pressure on Tony Pulis, the first time since 2000 that Boro have done so.

Rounding off the season against Rotherham and Reading should certainly help their chances if they’re still in touch with the big boys. 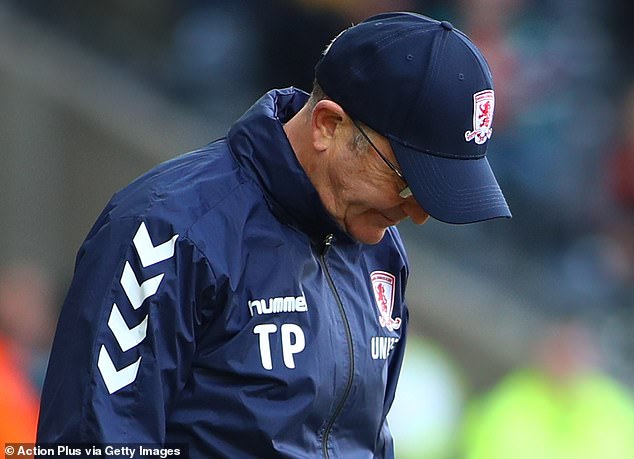 Three possible bolters. This trio are all locked on 57 points and still have a real chance of reaching the play-offs. You’d think they would need to win at least four of their remaining six games and perhaps Preston are the most likely having won three on the bounce. A couple of defeats would all but confirm another season in the Championship.

Tiger Woods faces race against time to be fit for the...