‘This time we are going to knock him out… we are promising that’: Canelo Alvarez’s trainer insists his man WILL KO Gennady Golovkin when rivals meet in trilogy showdown this year

By Joe Strange for MailOnline

Canelo Alvarez is ready to end his rivalry with Gennady Golovkin by knocking him out in their third and final fight, according to the Mexican’s trainer.

The pair are set to meet in a big money trilogy bout in September, providing the global coronavirus pandemic has eased enough for the event to take place.

And Canelo, who won their second fight on points in 2018 after a controversial draw the previous year, has a new gameplan for Golovkin. 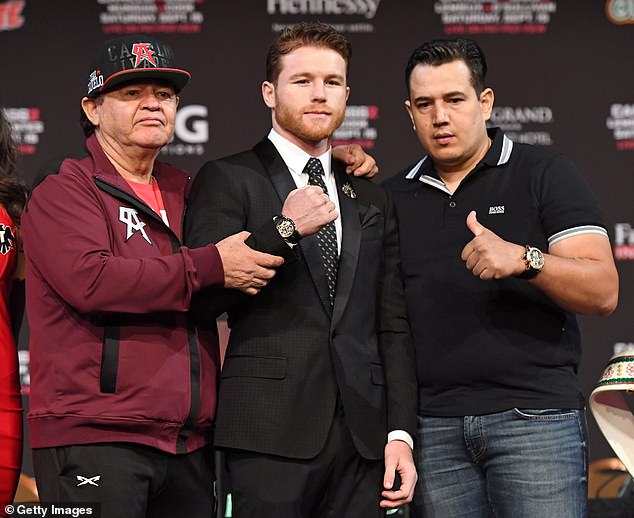 Canelo’s trainer, Eddy Reynoso (right), says his man will go on the attack against Golovkin

‘We are going to look for the fight like we did in the [rematch], from the very beginning, to try to put him on the back foot, but this time things are going to be very different.

‘This time we are going to knock him out, we are promising that will happen to all of the people who believe in us.’ 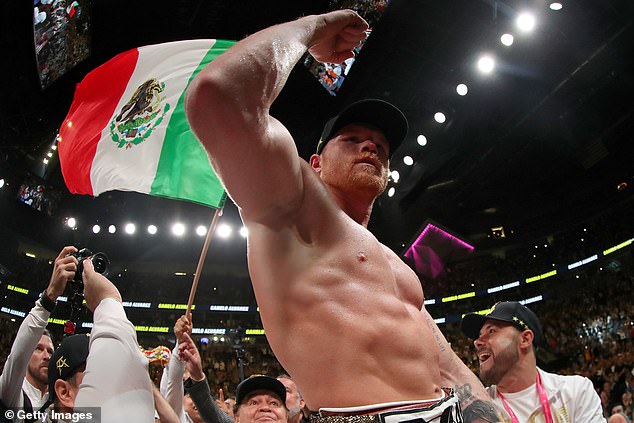 Canelo, pictured after beating Daniel Jacobs last year, has only lost one of his 56 fights 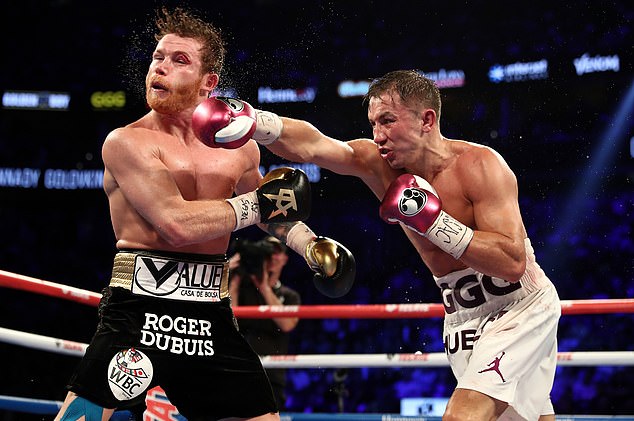 Golovkin lands aright hand on Canelo’s chin during their last meeting in September, 2018

Canelo had been due to face Britain’s Billy Joe Saunders next month, but the fight has been postponed indefinitely due to the coronavirus outbreak.

Since defeating Golovkin 18 months ago, the Mexican has earned victories over Rocky Fielding, Daniel Jacobs and Sergey Kovalev.

Canelo, who has only lost one of his 56 fights, is the reigning WBA middleweight champion.