By Ollie Lewis For Mailonline

Barcelona have turned their attentions to Levante striker Roger Marti as the Catalan giants search for a new forward following the long term injuries of Ousmane Dembele and Luis Suarez.

The LaLiga club have been on the hunt for a new striker to lift the goalscoring burden from Lionel Messi with Barca short of attacking options for the latter half of the season.

And according to Football Espana, Levante striker Marti has emerged as the frontrunner, with Barcelona waiting to find out whether they will be allowed to sign a contracted player from another Spanish club this month. 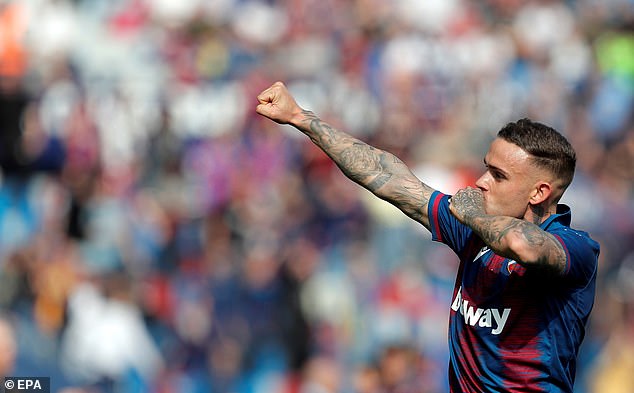 Marti has struck 10 goals in 22 league games this season, with only Messi, Suarez and Karim Benzema bettering that record so far this campaign.

The 29-year-old has been on the books at Levante since 2011, having come through the Valencia B team while enjoying loan spells at Zaragoza and Valladolid.

The Chelsea clear out: Where could Frank Lampard’s outcasts end up?

Appeals court tells parties in Flynn case to be ready for...

The Chelsea clear out: Where could Frank Lampard’s outcasts end up?

Appeals court tells parties in Flynn case to be ready for...